This Book Published in 1981 Eerily ‘Predicts’ the Coronavirus Outbreak in 2020 & We’re Shook!

A book published in 1981 might’ve just ‘predicted’ the pandemic outbreak that the world is currently facing in 2020! A book published in 1981 might’ve just ‘predicted’ the pandemic outbreak that the world is currently facing in 2020!

SCMP recently posted an article about how a book called The Eyes of Darkness talks about a Chinese military lab that creates a virus as part of its biological weapons program.

The eerie part of this story is that the virus is called Wuhan-400, which points to the Covid-19 that first originated from Wuhan, China. Could this book be a pure coincidence or could the author have written a ‘prophecy’ 39 years ago? 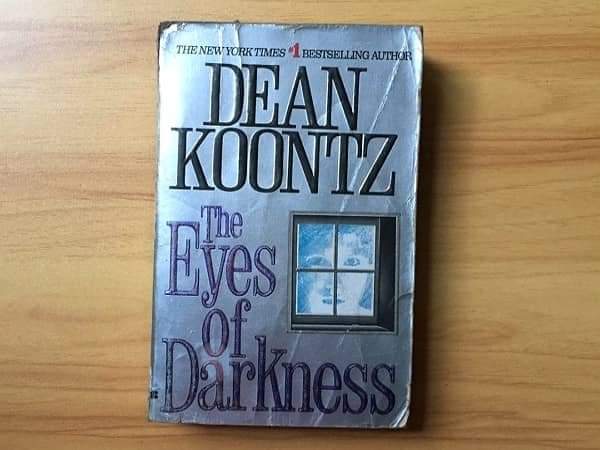 The American author, Dean Koontz, writes about a mother, Christina Evans, who goes on a journey to find out if her son Danny is still alive or if he died during a camping trip. She then manages to track him down to a military facility where he is being kept after he was accidentally infected with a man-made microorganism created at the research center in Wuhan.

Excerpts from the book show the conversation between Christina and a man at the lab where her son was being held at:

“I’m not interested in the philosophy or morality of biological warfare,” Tina said. “Right now I just want to know how the hell Danny wound up in this place.”

“To understand that,” Dombey said, “you have to go back twenty months. It was around then that a Chinese scientist named Li Chen defected to the United States, carrying a diskette record of China’s most important and dangerous new biological weapon of the past decade. They call the stuff ‘Wuhan-400’ because it was developed in their RDNA laboratory just outside the city of Wuhan, and it was the four-hundredth viable strain of man-made microorganism created at the research center.” This research center that the book talks about could be referring to the Wuhan Institute of Virology, which is where China’s only level four biosafety laboratory is located. It has the highest-level classification of labs that study the deadliest viruses and is situated 32km from where the current Covid-19 first broke out.

You might also have heard the conspiracy theory that the Covid-19 was man-made and had most likely escaped from the Wuhan virology lab. However, this theory has been widely debunked.

Further excerpts of the book reveal the virus as the “perfect weapon” as it cannot survive outside a host for more than a minute.

“Wuhan-400 is a perfect weapon. It afflicts only human beings. No other living creature can carry it. And like syphilis, Wuhan-400 can’t survive outside a living human body for longer than a minute, which means it can’t permanently contaminate objects or entire places the way anthrax and other virulent microorganisms can.”

“And when the host expires, the Wuhan-400 within him perishes a short while later, as soon as the temperature of the corpse drops below eighty-six degrees Fahrenheit. Do you see the advantage of all this?” Lawyer Albert Wan, who runs the Bleak House Books store in San Po Kong, says that Wuhan is known to be the site of numerous scientific research facilities.

“Smart, savvy writers like Koontz would have known all this and used this bit of factual information to craft a story that is both convincing and unsettling. Hence the Wuhan-400,” Wan said.

Dean Koontz is not the only author to ‘predict’ the Covid-19 outbreak. According to The Sun Daily, American author Sylvia Browne published a book in 2008 called End of Days: Predictions and Prophecies About the End of the World. It talks about a respiratory-related illness that will break out all around the world, and it even mentions the year 2020. Scary!

“In around 2020 a severe pneumonia-like illness will spread throughout the globe, attacking the lungs and the bronchial tubes and resisting all known treatments. Almost more baffling than the illness itself will be the fact that it will suddenly vanish as quickly as it arrived, attack again ten years later, and then disappear completely.”

Wow! It’s so eerie to think that these authors wrote novels years ago that so accurately describe the virus outbreak that we are facing in the world today. It’s kind of interesting, don’t you think?